A satisfying comfort food, roast chicken is and has always been a mealtime staple for my family.

Most people have their own tried-and-true version, so I turned to famous chefs Daniel Boulud, Thomas Keller, and Ina Garten and tested their recipes to determine which culinary star has the most delicious take.

Read on to see how these three recipes stacked up, and which one I deemed my new go-to.

I started with Boulud’s roast chicken

I was the most excited to make Boulud’s roast-chicken recipe, as recreated by HuffPost since I enjoyed a similar version at his restaurant, Café Boulud, in Toronto and was blown away by how supple and succulent the meat was.

Of the three recipes, this one is the most labor-intensive, which only heightened my anticipation to taste the end results.

It also is the most costly in terms of ingredients and time, as this dish requires about 48 hours of prep and cooking before you can enjoy it.

This option took up a lot of fridge space

I first needed to prepare the brine for the chicken, which is essentially a salt-water bath that the meat marinates in to ensure it stays moist while cooking.

This particular mix calls for water, salt, sugar, and honey, so I brought it to a boil, cooled it to room temperature, then added the chicken and sealed the pot with plastic wrap, letting it all sit in the fridge for 24 hours.

Afterward, the skin was already looking paler with a sort of tacky texture. I took the bird out of the pot and placed it on a roasting rack to dry, then moved it back to the fridge to air out for another 18 hours or so.

At this point, I was a little annoyed that the chicken was taking up so much real estate in my fridge for this amount of time.

The only convenient aspect of this recipe was that I didn’t need to truss the bird (a process of tying the chicken with kitchen twine to ensure the meat evenly cooks), as the supermarket had already done this for me.

When it came time to finally cook the chicken, I preheated the oven to 425 degrees Fahrenheit and seasoned the bird with freshly ground salt and pepper. Although the recipe says you can add rosemary and garlic, I wanted to taste the effects of the brining on its own, so I opted to omit them.

After about 15 minutes in the oven, I turned the temperature down to 350 degrees Fahrenheit and roasted the meat for an additional 20 minutes, per the instructions, although I was highly skeptical that a nearly 4-pound chicken could cook that quickly.

My suspicions were affirmed since, after 35 minutes in the oven, the bird was still a pasty color and the meat was raw and pink inside.

So I took matters into my own hands and roasted the chicken for about 15 to 20 minutes more, broiling the skin on both sides to get a nice golden color and crisp texture.

As an added measure, I used my probe thermometer to ensure the chicken was a safe temperature to eat (165 degrees Fahrenheit).

Ultimately, the recipe was both hit and miss. The meat was moist, yet far firmer than I anticipated, and I found the bird too salty, but my husband thought it was perfectly seasoned.

Although some of the roasting instructions were faulty and unreliable, I did appreciate the brining process since this chicken was difficult to overcook and made for tender leftovers the next day when I reheated some of the breast meat in the microwave.

But I won’t be trying this recipe again since all that work was not worth the end result.

Keller’s recipe calls for the least amount of work

Compared with Boulud’s, Keller’s recipe is an utter breeze to pull together and only calls for a handful of ingredients.

This chicken took hardly any time to throw together

I preheated the oven to 450 degrees Fahrenheit and took the defrosted chicken out of the fridge, patting off the moisture with a paper towel until the skin was bone dry. I added salt and pepper to the cavity and didn’t need to truss the bird since that was already done for me.

After showering it with more freshly ground pepper and salt, I placed the chicken breast-side up in a cast-iron skillet and set the timer for 50 minutes.

I was tempted to open the oven door when I heard the chicken sizzling and popping, but I held off since that would’ve caused the temperature to fluctuate and the meat to unevenly cook.

After 50 minutes, the chicken came out of the oven glistening and golden brown, with little flecks of salt and pepper fused onto the crispy skin.

This bird’s intoxicating aroma filled my kitchen, and it also tasted as good as it looked.

It was juicy and moist with a touch of natural sweetness, and I particularly loved dipping the meat into the pan juices, which added an extra umami kick.

The recipe suggested added optional thyme, butter, or mustard to the final product, but the chicken was so flavorful on its own that it didn’t need any of that.

My favorite element of the dish was probably its wafer-thin and crispy salt-kissed skin, which wonderfully contrasted the sweet and satisfying meat.

In terms of labor and prep, Garten’s recipe would fall in the middle — it wasn’t as arduous as Boulud’s but still required more effort than Keller’s.

This one was also relatively easy to put together because it calls for many pantry staples I already had on hand.

I had to stuff the chicken first

The night before, I stuffed a quartered lemon into the cavity and trussed the bird, gently wiggling the skin from the flesh to fill this pocket with fresh thyme and garlic.

I then amply coated the bird with salt and pepper, wrapped the whole thing in plastic, and let it sit in the fridge for 24 hours so the flavors could meld and penetrate the meat.

I took it out of the fridge about 20 minutes before it was time to roast it and preheated the oven to 500 degrees Fahrenheit, the hottest temperate of all the recipes.

While the oven was preheating, I lined a cast-iron skillet with a few slices of sourdough bread, and although I was slightly worried about the pieces burning, the recipe says this charring is supposed to happen.

I brushed the chicken with olive oil and placed it breast-side up on the bread before popping it in the oven for 30 minutes.

I was afraid my fire alarm would go off, as smoke quickly enveloped my kitchen due to the scorching hot oven. I ended up needing to blast my exhaust fan to its highest setting and open a few windows to let the air circulate.

When I took the bird out to flip it, the skillet was sputtering hot oil. I had to be really careful so as not to get burned and used sturdy tongs to rotate the meat before returning it to the oven for another 15 minutes.

The recipe states that the chicken is done when the juices run clear, but I still used my oven thermometer to ensure the meat was safe to eat.

Although I would’ve loved to carve up the bird at that moment and dig in, I wrapped the skillet in aluminum foil and let the meat rest for 30 minutes, per the instructions.

I was already a little disappointed when it was time to eat since the once crispy skin had now softened due to all the moisture being trapped by the foil. My only consolation was that the meat was still warm.

The bread looked unappealing and ready for the compost since most of it was burnt to charcoal lumps.

The meat was good, but the bread was practically wasted

I carved up the chicken and served the thigh and drumstick to my husband and myself. It was bursting with flavors from the herbs, garlic, and fresh lemon.

Although the meat was tender and tasty, the essence of the chicken flavor was overpowered by these other ingredients, which wasn’t necessarily a bad thing, but you have to like additions such as thyme, citrus, and garlic, or else you might find this dish very pungent.

As for the bread, we essentially had to scoop out the interior, as that was the only unburnt and edible portion, but that bit actually paired well with the chicken since it had soaked up the pan drippings and echoed the same seasonings.

I did enjoy the overall taste, but my biggest pet peeve about the recipe was how much bread went to waste. It seemed like the slices acted as insulation for the chicken rather than for consumption.

If I planned to make this again, I’d use some day-old bread or the heels of a country loaf to save some money and prevent excessive waste.

Keller’s recipe was by far my favorite

After trying these roast-chicken dishes, I deemed Keller’s recipe the clear winner. It required the least amount of labor, stress, and preparation and still offered the biggest and most flavorful payoff.

Additionally, its showstopping appearance makes it ideal to serve at a dinner party and carve up in front of guests.

It’s quickly become a go-to weeknight dinner in my household.

Click to check out the other celebrity-chef recipes we’ve put head-to-head so far.

The most effective pressure cooker for 2021

Thu Jun 17 , 2021
What is the greatest strain cooker for 2021? Strain cookers employ the electrical power of strain to cook dinner foodstuff far more speedily. They are good for any individual who needs to cook evening meal in a hurry, and some incorporate timer options so you can have your meals all […] 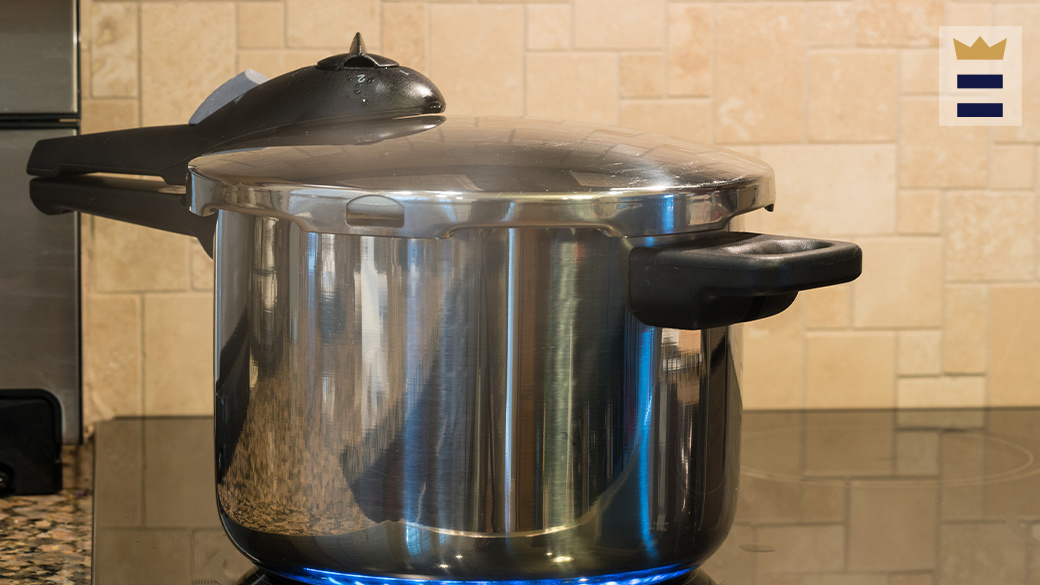