AURORA, Wis. — Picture a subway system, with train cars shuttling through a city. Picture the central nervous system, transmitting signals between different areas of the body.

“What we think of as mushrooms really are fruit,” Williams said, noting shiitake, oysters and other mushrooms form from vegetative mycelia — colonies of tubelike fungal threads present in soil or other substrates.

“When you look at the ground around you, (mycelium) is pervasive in every direction,” Williams said, adding there could be 300 miles of mycelial conduit under each footstep in the forest because plants, through photosynthesis, provide sugars to mycelial colonies within their root systems, which in turn provide water and mineral nutrients taken from the soil. The mutual relationship is known as a mycorrhizal association.

“Everything is mushrooms,” Williams said.

Rows of mushrooms being raised on sugar maple logs under a stand of pines at the Shiitake Creek Mushroom Company in Aurora, Wis. (Brian Christensen/Daily News photo)

The 40-year-old Williams is a ninth-generation farmer and the owner of the Shiitake Creek Mushroom Company in Aurora, Wis.

Born in Evansville, Ind., Williams first became interested in wild foods when his father was injured in a factory incident and needed several surgeries to recover. Workers’ compensation denied his father’s claim, which resulted in years of litigation.

“My mother had to take care of him on top of three kids,” Williams said. “Plus, she babysat to make ends meet.”

To help provide for his family, Williams visited the local library with his grandfather to learn how to forage for food.

“I would look at books on mushrooms, books on plants, anything that was edible,” Williams said, adding he also hunted and fished for food.

A number of shiitake mushrooms fruit on a sugar maple log at the Shiitake Creek Mushroom Company in Aurora, Wis. The shiitake grew from a mixture of mycelium and hydrated sawdust injected into drilled holes sealed with cheese wax. (Brian Christensen/Daily News photo)

Williams’ father went on to make a full recovery and win his lawsuit against workers’ compensation, but by then Williams’ interest in wild foods had become as constitutional as fungi itself.

In 2002, Williams graduated from the Bradford Woods School of Education at Indiana University with a baccalaureate degree in art education, secondary education. Williams then traveled the U.S. and the world as a whitewater rafting guide, often relying on his foraging skills to improve dehydrated foods or provide whole meals. In 2009, he graduated from Colorado Mountain College in Leadville, Colo., with an associate degree in outdoor recreation leadership and a technical certificate in wilderness medicine.

In 2010, Williams moved to Aurora and started whitewater rafting company Northwoods Adventures, where he met his wife, May.

In 2014, after the couple learned they were expecting their first child, Ansel, Williams sold his interest in Northwoods Adventures to start a farm because he and May wanted to raise children with a farm work ethic.

The operation, then named Wisber Farm, was a traditional one. The Williamses sold meat and produce, including 13 varieties of tomatoes, to local restaurants.

Matt Williams, owner of the Shiitake Creek Mushroom Company in Aurora, Wis., stands in front of his farm store at 2021 River Drive in Aurora, Wis. Williams sells dozens of varieties of mushrooms he either cultivates or forages for, including shiitake, oyster, morels and chanterelle. He also leads monthly forays, teaching groups of people how to find and identify wild mushrooms. (Brian Christensen/Daily News photo)

But Williams’ love of mushrooms led him to cultivate his own. He began to grow shiitake and oyster mushrooms using home cultivation kits.

The public response was immediate.

“People were lined up at our farm stand before we opened. They didn’t give a s— about anything else that we had,” Williams said. “All they wanted were mushrooms.”

A year after he and his wife founded their farm, Williams knew he wanted to transition exclusively to mushrooms. Scaling up the operation, though, presented a challenge.

“Mushroom farming infrastructure is hands-down the biggest hurdle,” Williams said. “Everything about this is expensive in every way, shape or form.”

Williams could either continue to take from his profits and reinvest in cultivation kits, buy specialized equipment at significant cost or build his own habitats.

“I got clever,” Williams said. “YouTube has made everybody an expert.”

Like the boy who learned to hunt, fish and forage for his family, Williams researched how to build his own laboratory and, later, a fruiting room. The laboratory walls are lined with plastic sheeting and have plastic shelves for easy cleaning. A laminar flow hood filters particulates and completely exchanges the air every 30 minutes. The fruiting room is climate-controlled at 65 degrees and 80% humidity for optimal growing conditions. Both spaces are 12-by-20 feet.

“Of course, at first it was very costly,” Williams said, adding he made many mistakes along the way. “I did everything right as best I could, but you still have disasters.”

But it didn’t take long for Williams to produce mushrooms at sustainable yields. Three years after he founded the farm, Williams sold the last of his traditional produce to a competitor and grew only mushrooms.

During that time, the Williamses established relationships with regional farmers market managers in order to sell the fruits of their labor. They initially were “will call” vendors, or vendors contacted by managers when a spot became available, often with little notice. Then, Shiitake Creek became daily vendors, one of a number in rotation for spots in local markets.

After years of 100-mile commutes at short notice, years on a schedule, and two more children — Etta and Ophelia — Shiitake Creek are now season-long vendors at farmers markets in Marquette and Green Bay, Wis.

“We’re committed. We’ve earned our community, the support of our patrons. We’ve done it with our kids on our hips,” Williams said.

Though he began only with shiitake and oyster mushrooms, Williams now produces dozens of varieties, including chestnut, nameko, maitake and Mukitake. Altogether, Williams estimates he grows about 5 tons of mushrooms a year.

“I just happened to get ahead of the curve,” Williams said. “Mushrooms have become extremely vogue.”

Williams cultivates mushrooms by placing mycelial specimens in petri dishes with an agar made up of water, nutrients and a red algae derivative. When the mycelium leaps off, or begins to colonize, Williams moves the specimen to a larger petri dish and adds an antibacterial to remove impurities such as yeast or mold. The culture is then frozen in a test tube for long-term storage.

When needed, Williams takes wedges of the specimen and combines them with sterilized grains such as rye, bird seed or milo. As the specimen colonizes the grain, it turns white. The mycelium is then added to a 5-pound bag of hydrated maple sawdust and other inert ingredients for continued colonization.

Williams will either shelve the bags in the fruiting room, spread the mycelium in straw and sawdust beds or inject samples into logs for incubation. The logs, often sugar maple, are drilled with holes, filled with mycelium spawn and sealed with cheese wax. The logs and straw beds fruit outdoors beneath almost 2 1/2 acres of pine trees.

Williams enlists beneficial nematodes to control outdoor pests that would feed on his mushrooms, such as grubs and fungus gnats. Indoors, Williams uses a natural bacterial fog to kill pest larvae before his mushrooms fruit.

In addition to cultivated mushrooms, Williams is certified and insured to sell wild mushrooms such as morels, chanterelle, lion’s mane and chicken of the woods. Williams is also a broker who can buy and sell mushrooms foraged by others.

With Shiitake Creek established, Williams has no intention to cut hay, raise chickens or milk cows again or expand in any significant way unless necessary.

“I like where we’re at right now,” Williams said. “There’s a lot to be said for choosing a size you want your business to be and keeping your business at that size.”

While Shiitake Creek may not increase in acreage or production, Williams does plan to expand on-farm activities for groups who participate in guided forays.

Williams conducts monthly trips in the wild, demonstrating how to find and identify wild foods. After tours, Williams would like to host harvest dinners, welcoming groups back to the farm to prepare their findings — morels sautéed in butter, onions, beer and maple syrup over bratwurst, for example.

“That is a five-star bratwurst, brother,” Williams said.

The Williamses look as well to host woodfire pizza nights with wild-picked ingredients from the farm.

“Everybody wants to come to the farm, see where the food is grown, how it’s grown and connect with the farmer,” Williams said. “The easiest way to buy local is to eat local. What is more local than food produced in your own community by people who live in the community?”

The Shiitake Creek farm store is at 2021 River Drive in Aurora. Hours are 1 to 6 p.m. Thursday through Saturday.


Today’s breaking news and more in your inbox


CRYSTAL FALLS — Iron County Republicans will host a Lincoln Day Dinner at 6:30 p.m. Thursday at the VFW in …

NORWAY — The Norway City Council has appointed three people to a committee that will sort, review and score …

The personnel committee of the Florence County School Board will meet at 4:30 p.m. today in Room 259 of Florence … 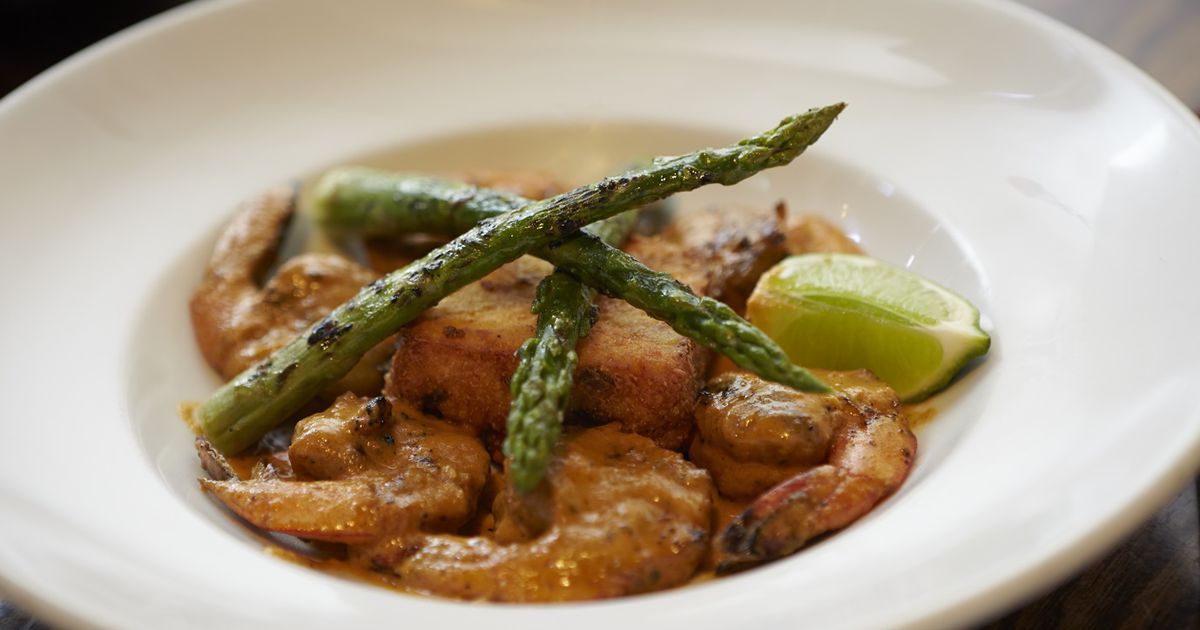